Put this information right at your fingertips with my book, It's Never Too Late To Sleep Train 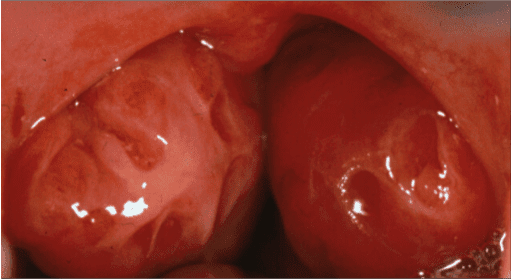 Obstructive sleep apnea (OSA) in children is both common and serious problem. Although I write a lot about insomnia and sleep training issues, much of my practice concentrates on evaluating and treating children with sleep disordered breathing, the most common type being OSA. OSA is the most important diagnosis which we look for in our sleep laboratory. (For more on the experience of having a sleep study for a child, here is a short video about our sleep program).

What is obstructive sleep apnea?

Obstructive sleep apnea (OSA) is a condition where obstruction of the upper airway (breathing tube from nose and mouth to the larynx (voice box)) occurs frequently during the night. It is usually associated with snoring and may be associated with labored breathing, gagging or choking, and frequent nocturnal awakenings. Whenever the upper airway is closed completely (called an apnea) or partially (called a hypopnea), the brain needs to wake up a bit to open the airway. This results in poor quality sleep, daytime behavioral and attention problems, and can even make other health problems worse. It occurs in about 3-5% of children. In obese children, it is more common, occurring in about a third of kids, and over 50% of snoring children.

Anything that narrows the upper airway of children makes it more likely for OSA to occur. By far the most common cause is enlargement of the tonsils and adenoids, which typically peaks between ages 3-6. Other factors which can predispose kids to OSA include:

What problems does sleep apnea cause in children?

The best way to answer this is to think about the nighttime manifestations of OSA, and the daytime symptoms, which are caused by the disruption in sleep, drops in oxygen, and elevation in carbon dioxide which may occur in this disorder.

There is a large body of literature supporting a relationship between sleep apnea and both short and long-term. These occur in a few domains:

How is OSA diagnosed in children?

Unfortunately, the only way to rule out obstructive sleep apnea is an overnight sleep study. This test is not painful or dangerous, but it is an overnight in the hospital.  For a typical child with loud snoring and disrupted sleep older than age 3, a sleep study is not necessary– they should just have their tonsils and adenoids removed.  A recent position paper outlined reasons for a sleep study.

I would add that children with severe OSA need a study after surgery to make sure that they are cured, as many children may have some residual disease.

How do you treat OSA in children?

For many children, removal of the tonsils and adenoids may be curative. Although these surgery has some associated risk, it is generally quite safe and fairly effective. Other treatments include medication for allergy (e.g. nasal corticosteroids and montelukast), jaw surgery, and weight loss. There are two other treatment options that I would like to mention:

My child snores. What should I do?

Not every child who snores needs surgery, or even a sleep study. Consultation with your pediatrician or a specialist can help determine the need for these interventions. Bringing in a video shot on your phone or camera of the breathing you are worried about is really helpful.

Let me leave you with one final thought. Sleep fragmentation (or too little sleep) can cause attention problems and hyperactivity. If your child snores and the school is recommending that she be treated for attentional deficit hyperactivity disorder, she should be screened for OSA.