This is a guest post written by Cayla Lemire, a friend and former patient. 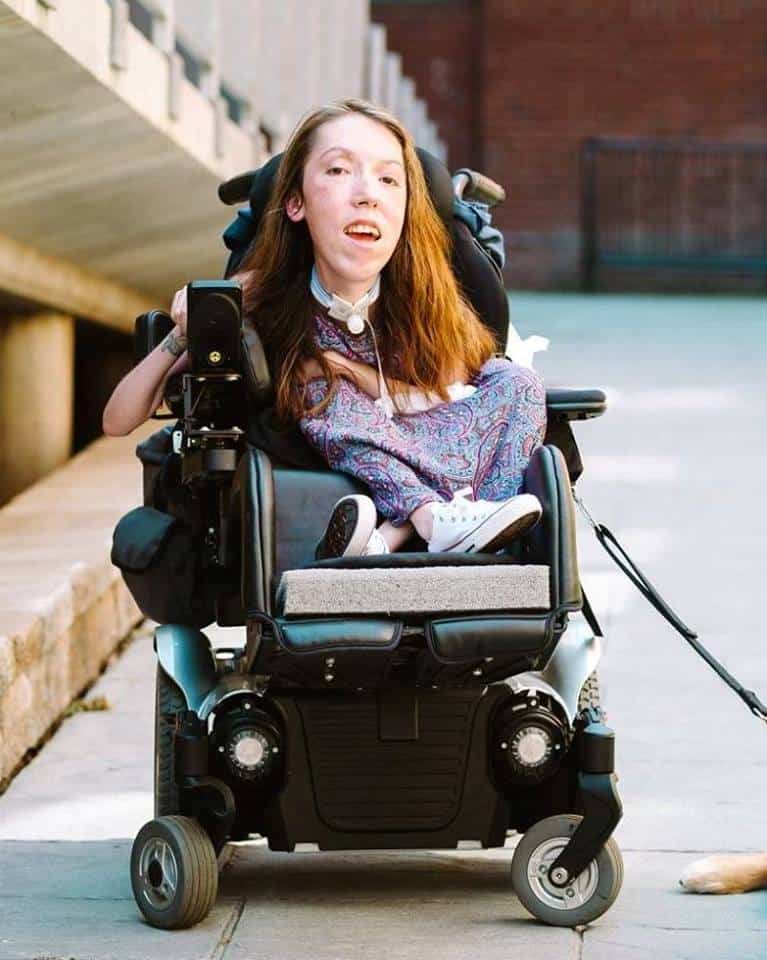 Over my 27 years of being alive, the healthcare system has been a part of my life since I was diagnosed at 9 months old. Since then, the hospital has been my second home, while the staff throughout it, has been a second family. Seriously, if you ever need a tour guide around Massachusetts General Hospital, I’m your girl. If it wasn’t for this hospital, and the staff, I wouldn’t be typing this right now. For those of you that experienced my near-death experience with me in 2009, understand that it was a very close call, several times. Just to have a bed in the PICU, costs $10,000 a day. This didn’t include the visits from my 10 specialists, the ICU team, the surgery, the multiple daily tests, or the rehab afterwards. I racked up well over a million dollars during my 100-day stay.

I got to survive, thanks to Medicaid, and MGH’s Free Care program for picking up, what Medicaid didn’t cover. Yes, that’s a thing for those of you who don’t have Medicaid. It’s actually really hard for us to get what we need because the physicians, therapists, and ourselves have to justify every little thing to get approval, sometimes causing our privacy to be invaded. This makes physicians and therapists so frustrated at times because of the amount of paperwork needing to be done, that a lot of them decide not to accept these patients, which means less access to care. For those that still do it, it’s because they want what is best for their patients, and I’m lucky enough to say that mine will keep fighting no matter how many phone calls they must make, and letters they must send. Presently, I am going through denials of certain, and extremely important medical care that could eventually impact my overall health, as I write this.

Now that I am home, it doesn’t mean my medical costs have disappeared. I need around-the-clock care, frequent visits to specialists, routine and unexpected testing, equipment that keeps me stable, and medical supplies to make this equipment work. All of this is not cheap, and I can tell you from experience, most of the reason for it not being cheap is due to those whom are in charge and don’t experience these medical issues, first hand. A small example, shipping a $15 box with TWO 10cc syringes (look up their size if you’ve never held one before), and two feet worth of filler paper to make it seem like there’s more in it. Or, the fact that you can only get ONE portable suction machine, which only costs $400, but if it breaks, and you can’t breathe, an ambulance must come. Giving each patient TWO, could save thousands of dollars, if not more because the patient could aspirate when needing to be suctioned, end up hospitalized, or even die. For me, that means $10,000 a day for a bed in an ICU.

To my point, it should not matter what side you are on, politically. There should not be discussions on who gets to have GREAT medical care, and who doesn’t. When it comes to healthcare, or really anything, no one should be above another person. As far as I see it, your life is not worth saving more than mine because I live off of “free” state insurance. I didn’t choose to be born with a rare genetic disease, and decide that, one day, I was going to get H1N1 and be hospitalized for 100 days. I didn’t choose the need for a $30,000+ custom power wheelchair because I would fall out of the basic one that costs $3,000. Also, I absolutely shouldn’t have to choose whether or not I stop living because of the burden of medical costs that can be put on myself, and my family. This has nothing to do with entitlement. Everyone wants to see the diseases that are advertised on the media to be eradicated, and the epidemic of substance abuse to disappear. Federal funding is what keeps the medical research that finds cures for such diseases going, which is also about to be cut. Unfortunately, most private insurances only cover a percentage of costs for cancer treatments, which means that most families must apply for Medicaid to pick up the rest because it’s impossible to afford. We can all argue about those who have Medicaid that get treatment for substance abuse, yes there are those that abuse the system, but surprisingly, there is a large percentage of people getting treatment due to becoming addicted to pain medications, from those cancer treatments. You can’t judge a book by its cover, or in this case, you can’t judge a person by the insurance card they hand you.

Without Medicaid, I wouldn’t be here, or be able to live a little more equally to those without medical issues. So, before you judge those who use Medicaid, think about the possibility that one of your family member’s could be diagnosed with Muscular Dystrophy, Multiple Sclerosis, Diabetes, ALS, a form of cancer, and so many others, but be told “sorry, we can’t cover you because that’s a pre-existing condition,” and can’t afford to pay out of pocket. Maybe you’re lucky enough to afford the out-of-pocket fees, but don’t assume everyone can. You just never know what can happen in life, to anyone, and politicians should not be the ones to decide. If the most important associations in the medical field, and the top hospitals in this country, such as Boston Children’s Hospital refuse to back up this new proposed bill, then there needs to be more discussions, as well as, input from those that are actually working, and seeing patients, like myself, in healthcare. Maybe I am crazy, but there should also be input from families and individuals, whose lives basically revolve around the healthcare system. Like those who were disabled, pulled out of their wheelchairs (to us, our legs), and thrown out of Capitol Hill for protesting. Just hearing their logical ideas, might actually save this country some money, but what do I know?

You can learn more about Cayla on her Facebook Page Cayla’s Independence. She just finished her bachelor’s degree from Wheelock and is now working on her master’s degree in social work. You can connect with her on Linked In as well.