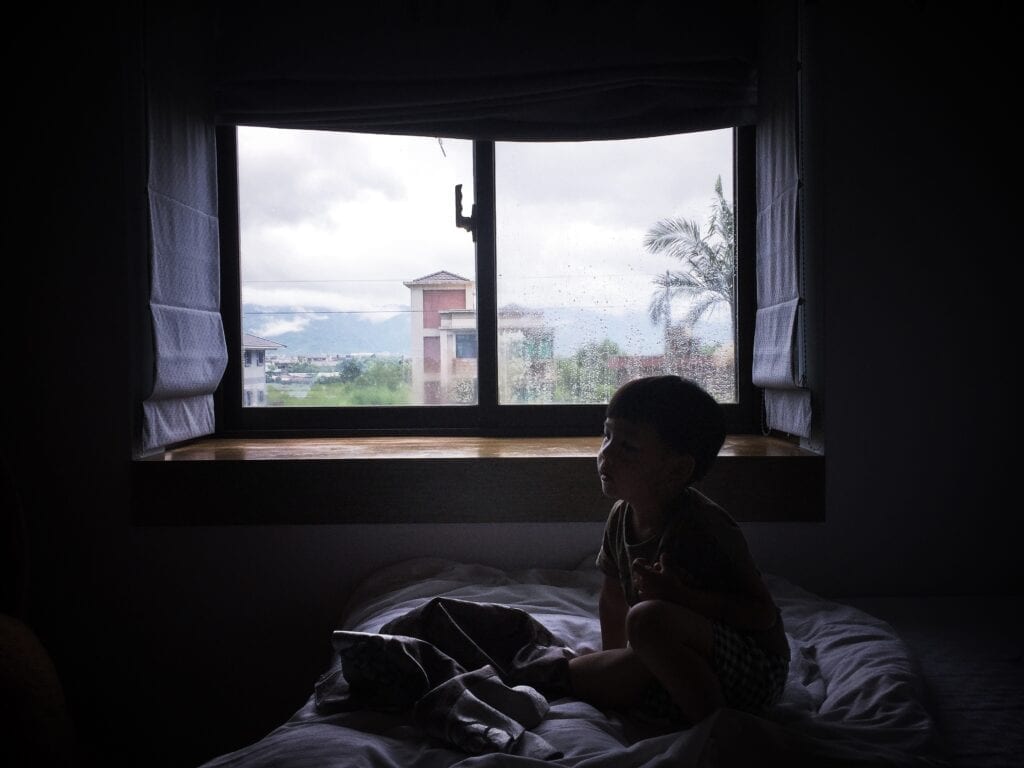 What are wake windows?

This is not a concept that is taught, discussed, or researched in medical school or in the world of pediatric sleep medicine. A Pubmed search pulled up zero references on the term. When I reviewed Google Trends, this is a relatively recent topic of interest, popping up in searches only in the last few years

To me, this feels like sleep regressions, another topic which has seemed to gain traction in the world of sleep consulting and parent message boards, not academic research. I don’t think that this empirically disqualifies them, because many effective medical treatments and technologies start getting used before we understand WHY they work.

How do you use wake windows?

Personally, I don’t use wake windows in my practice. But here is a typical example of how you are supposed to use them to get to better naps.

In a nutshell, you look at the age of your child, then put her down for a nap after she has been awake for a set period of time (the wake window). (I took this from here).

OK. This seems straightforward, although I have no idea where these numbers came from (see below). Different websites have different numbers. But there are ranges, so that’s OK. So what do you do with them?

Here’s were it get’s complicated. You are supposed to adjust these windows based on the time of day, how many naps have occurred, and the duration of naps.  It’s. . .complicated. (See below).

What is the scientific basis behind wake windows?

To understand wake windows, you need to understand sleep drive. Simply stated, sleep drive is one of the main factor that determines when someone falls asleep. Sleep drive increases very quickly in early childhood. As children get older, it accumulates more slowly, meaning that children can go longer and longer without sleeping. That’s why, for example, babies nap frequently, two and three year olds nap once a day, and kindergarteners generally don’t nap. (I have an article on sleep drive here if you want to learn more.)

During early childhood, the speed at which of sleep drive increases changes quickly. In the first four years of life, children go through stages where they sleep for

The problem is, I can’t tell you when those transitions will occur. Predicting when this happens is painful, though, ESPECIALLY in infancy as babies go go from napping four to five times per day at birth, to likely napping twice a day by one year of age. Due to the neurological immaturity of infants, their napping schedules can vary day to day, especially early in the first year of life. Your baby may, say, take three naps on one day, two naps the next, then three naps again.

This is the reason parents struggle with napping. It feels like you are reinventing the wheel every few days, resulting in missed naps and nap strikes. Each missed nap results in irritable kids and stressed parents. For parents who are often overwhelmed, this feels like torture.

That’s why the idea of wake windows has gained traction. These systems promise a cookbook approach to napping timing which promises to streamline the process.

What’s the problem with wake windows?

First off, if you’ve used wake windows and your baby is sleeping well, that’s great. Often, any plan beats no plan. But if you are considering trying this out, recognize that these are complex systems with little basis in science.

Here are my two primary issues with wake windows as a system for addressing nap problems.

1. The numbers don’t seem to have any scientific basis.

Here’s information on daytime sleep duration in infancy and early childhood, from a seminal paper on the topic (Iglowstein, I., Jenni, O.G., Molinari, L., Largo, R.H., 2003. Sleep Duration From Infancy to Adolescence: Reference Values and Generational Trends. PEDIATRICS 111, 302–307. https://doi.org/10.1542/peds.111.2.302) Although there are some limitations in this paper (they studied 493 Swiss babies– as you can imagine, not the most diverse population you can find), this is a good reference for looking at sleep duration. 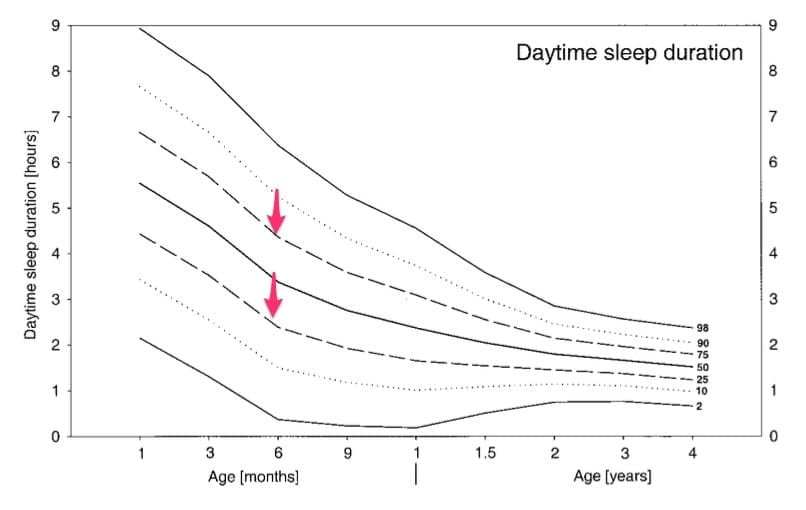 Next, look at the data from six to eighteen months. Some kids are napping two or more times per day, but some aren’t. All we know is the proportion reduces over time. 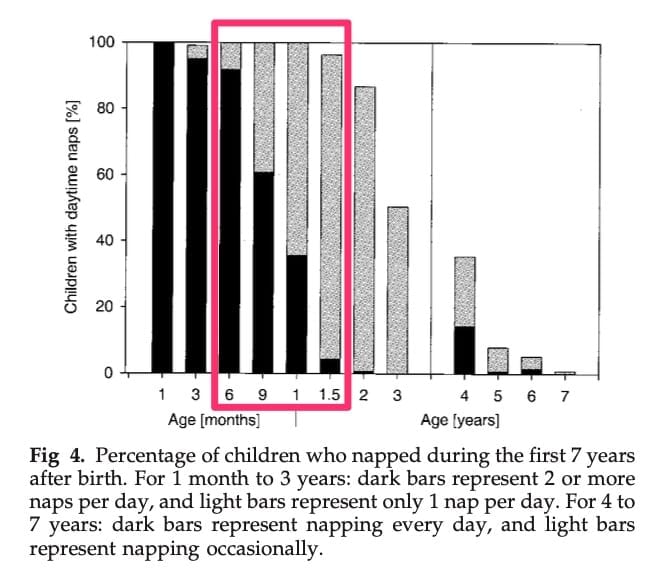 I don’t mean to pick on the obviously kind and well intentioned author of the post above. Maybe I’m an idiot. (In fact, it’s quite likely I’m an idiot).

But I’m an expert. And I would struggle to explain and implement a system like this with tired parents.

As far as I can understand:

Here’s a description from a website I read when I was researching this article (I’m not linking as it appears to have been taken down):

” When referencing these ranges, keep in mind that the shortest wake window is always going to be before the first nap and the longest wake window will be before bed. So for example, a 4-month-old should be going down for their first nap around 1.5 hours from when they woke up that morning and should go down for the night about 2 to 2.5 hours after they wake up from their last nap.

There are times when you will need to adjust wake windows based on how long your child naps. My rule of thumb is that if baby naps 40 to 45 minutes or less, shorten the next wake window by about 45 minutes (or in some cases up to an hour) to prevent baby from becoming overtired. If your little one were to only sleep 20 minutes, for example, following a full wake window (based on their age) would most certainly result in a cranky, overtired baby, which causes a cycle of short naps. To avoid this, whenever naps are short, we shorten the next wake window.”

I feel bad singling out this post. Clearly the author is well intentioned and wants to help tired parents.  But this made my head spin.

My child isn’t napping! What should I do?

Here’s a table I put together for the New York Times on napping, based on the best available data. 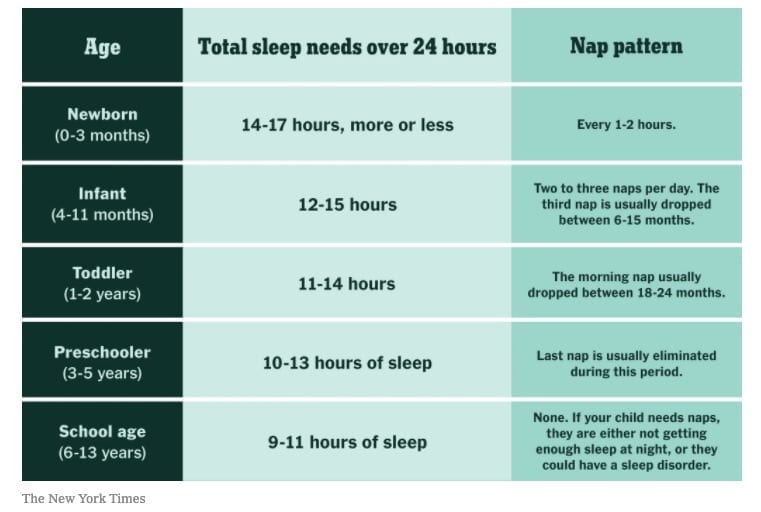 As well as the Times article, I have more information here about how to proceed if you are struggling with naps:

Is your child struggling with napping? Here’s help

Do naps after age 2 ruin sleep?

In my New York Times piece, I put in the following recommendations

The best thing to do is to look for signs of sleepiness (yawning, rubbing eyes, dozing off). If you’re not sure, maybe the list of wake window intervals is useful to you, feel free to try it out. But don’t worry if it doesn’t work for your child. And don’t feel like you need to try wake windows.

Now on to you: What questions do you have about napping? Have you tried wake windows?